From Heraldry of the World
Your site history : St Clement's Pro-Cathedral, El Paso, Texas
Jump to navigation Jump to search 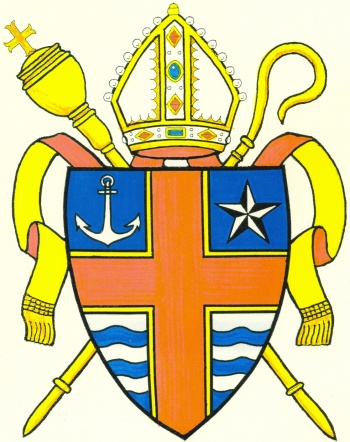 A cross gules fimbriated Or; in the first quarter azure an anchor argent, in the second quarter azure a mullet argent, and in the base barry wavy argent and azure.