From Heraldry of the World
Your site history : University of New South Wales
Jump to navigation Jump to search 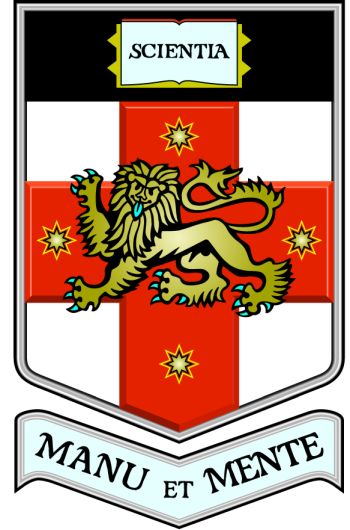 The lion and stars are from the Arms of the State, to which the Cross of St George also refers; the open book is self-explanatory.

'Manu et Mente' was the motto of the Sydney Technical College out of which the University, formerly called 'The New South Wales University of Technology', has developed.