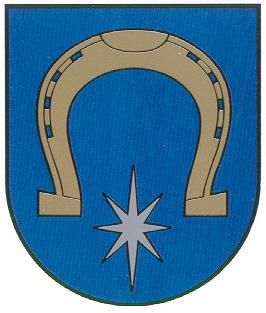 Utena is one of the oldest settlements in Lithuana and had town and market privileges in the 16th century. Its main development, however, started in the 19th century and Utena acquired city rights in 1924.

The first arms for the city were created in 1969 and showed a horseshoe, an old symbol of fortune, and a star for the fast development and bright future of the city. The arms were abolished in 1970.

The above arms were based on the previous arms and officially granted on September 26, 1996.