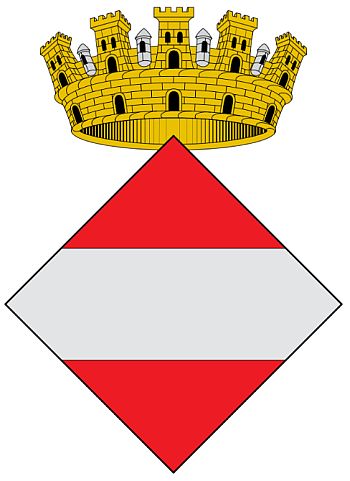 Valls developed around the church of Sant Joan and later towards the castle, built by the archbishop Oleguer in 1130. The jurisdiction over the town was divided between the king and the archbishop of Tarragona. The city (Valls received this title in 1883) is known mainly by the tradition of the "castellers" (groups of people that make human towers).
The arms have been, ever since: Gules, a bar Argent. They show a city's mural crown at the top.