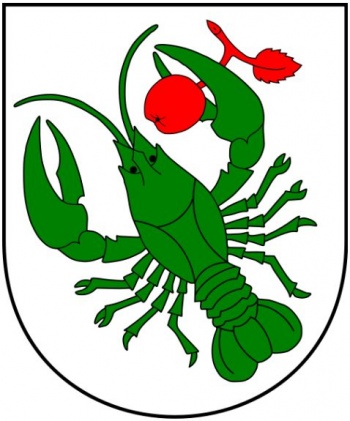 The crayfish refers to clean water in the are, where crayfishes are abundant; also “vežys” (meaning “crayfish” in Lithuanian) sounds rather similar to the name of town. The apple refers to the vast orchards of apple-trees in the municipality.