From Heraldry of the World
Your site history : Wölmersen
Jump to navigation Jump to search 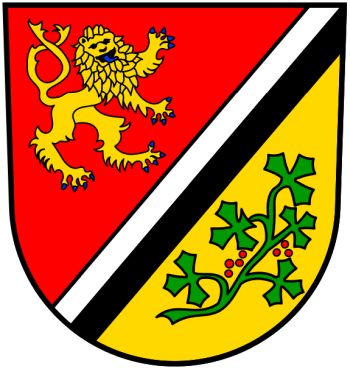 The arms were officially granted in 2004.

The arms show a lion taken from the arms of the Counts of Sayn, to whom the village hostorically belonged. The bend refers to the two main roads through the village, one is named the Kohlstrasse (coal road) and thus is shown in black. The holly branch refers to the many holly bushes in the local forests.