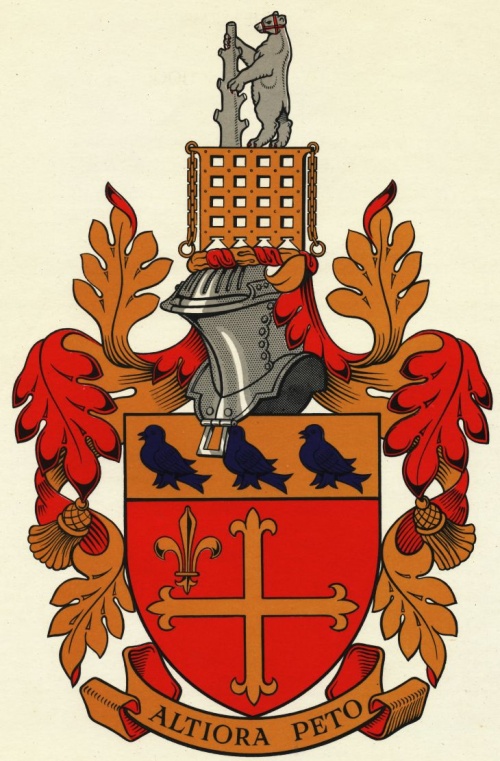 Arms: Gules a Cross Flory ih the first quarter a Fleur-de-lys Or on a chief of the second three Martlets Azure.
Crest : On a wreath of the colours, ulpon a Portcullis chained Or a Bear erect Argent Muzzled gules supporting a Ragged Staff also Arqent.
Motto: ALTIORA PETO (I aim at higher things).

The arms were officially granted on September 7, 1931.