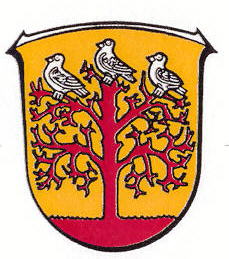 The upper right arms were officially granted on July 2, 1969.

The arms are derived from the oldest known seal of the municipality, dating from the 18th century.

The origin or meaning of the tree with the birds is not known. It may be that it simply indicates the forests in the area, or that the tree is a symbol for the horticulture (especially apples) in the municipality.

In 1956 the arms below were proposed, based on the same seal: 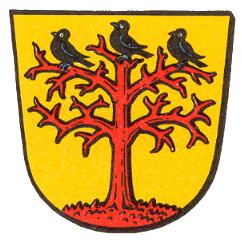