From Heraldry of the World
Your site history : XVI Corps, US Army
Jump to navigation Jump to search 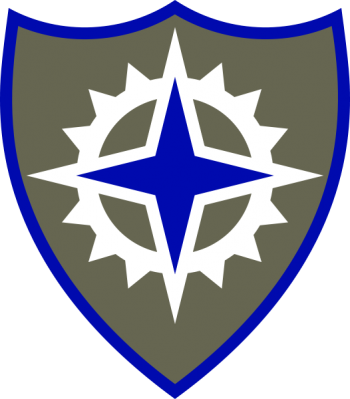 Blue and white are the Corps colors, while the compass rose is indicative of the readiness of the personnel of the Corps to serve their country in any part of the world.