History: The New York Division was raised by the National Guard of New York in 1908 and become the 6th Division in 1916 and in 1917 become the 27th Division. Disbanded in 1919 it reformed in the New York National Gaurd in 1921 and disbanded in 1945. Reformed again in 1946 and in 1955 was reorganised as the 27th Armored Division. The Division was reduced in 1968 as the 27th Armored Brigade subordinated to the 50th Armored Division. In 1975 the Brigade was reorganised as an Infantry Brigade in the 42nd Infantry Division. From 1985 it was a roundout Brigade to the 10th Mountain Division. Today it is alligned to the 42nd Infantry Division. 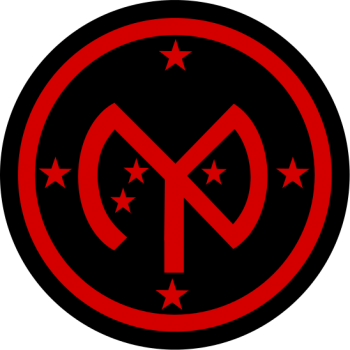 The Insignia shows the constellation of Orion a pun on the name of the Division's World War I Commander John F. O'Ryan. The O surrounding the Constellation also alludes to O'Ryan. The other letters form the monogram NYD alluding to New York Division.