From Heraldry of the World
Your site history : 303rd Bombardment Group, USAAF
Jump to navigation Jump to search 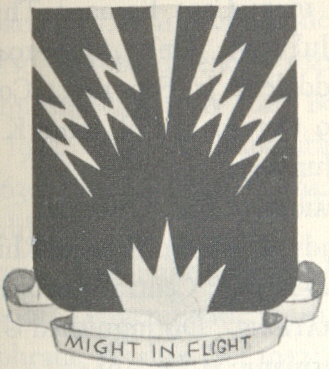 Shield: Azure, a dimunitive pile between four flashes of lightning, two issuant palewise from chief and one from dexter and sinister chief sides chevronwise inverted, issuant from base a burst of five rays, all or.
Motto: Might in flight.