From Heraldry of the World
Your site history : 306th Bombardment Group, USAAF
Jump to navigation Jump to search 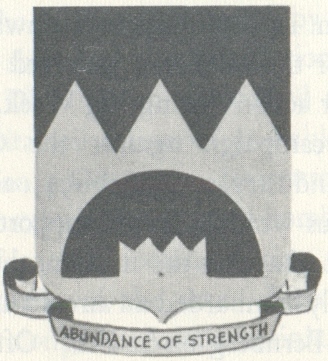 Shield: Per fess anhanced dancette azure and or, in base the Indian idiogram for the jaws of a rattlesnake gules.
Motto: Abundance of strength.