From Heraldry of the World
Your site history : 3rd Bombardment Group, USAAF
Jump to navigation Jump to search 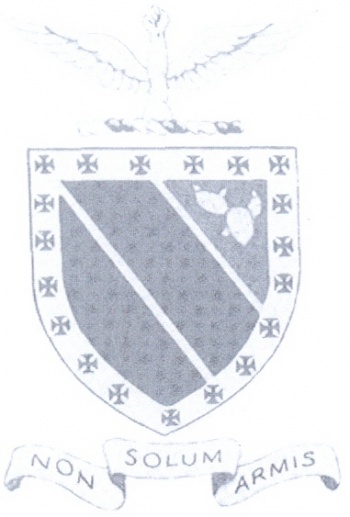 Shield: Party per bend vert and sable a cactus (prickly pear) or, a bend azure fimbriated of the third, all within a brodure argent charged with nineteen crosses patee of the second.
Crest: On a wreath of the colors an arm couped near the shoulder paleways with hand clenched proper between two wing conjoined in lure argent.
Motto: Non solum armis - Not by arms alone.