From Heraldry of the World
Your site history : 4th Signal Battalion, US Army
Jump to navigation Jump to search 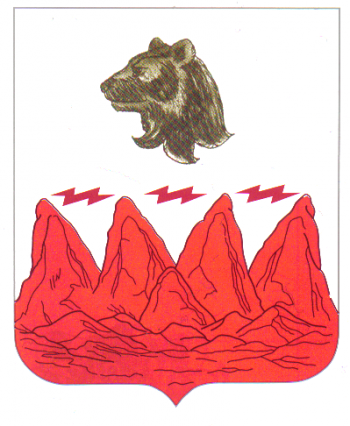 Shield: Argent issuant from base four mountains Tenné, spanning each peak a flash Gules, in chief a bear's head erased Sable.
Crest: None.
Motto: "WE GET THE MESSAGE THROUGH".