From Heraldry of the World
Your site history : 53rd Troop Carrier Wing, USAAF
Jump to navigation Jump to search 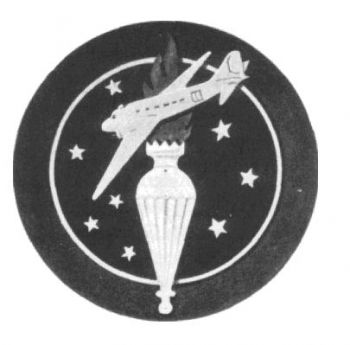 Insigne: Shield: Over and throught an ultramarine blue disc, within a light blue annulet piped gold, a torch of liberty fired proper, handle of torch formed of an open parachute argent , surmounted by a C-47transport plane or, in flight, in front of flames of torch; on the field eight mullets or, arranged five to dexter, three to sinister.