From Heraldry of the World
Your site history : 5th Air Division, US Air Force
Jump to navigation Jump to search 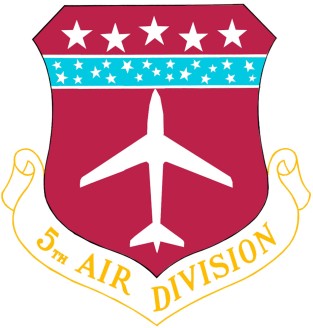 On a shield gules, a stylized silhouetted aircraft volant, nose to the chief argent; on a chief per fess gules and argent, five stars argent in chief, and a ribbon of the firmament, sky blue, in base charged with semee of stars of the second.