From Heraldry of the World
Your site history : 77th Reconnaissance Group, USAAF
Jump to navigation Jump to search 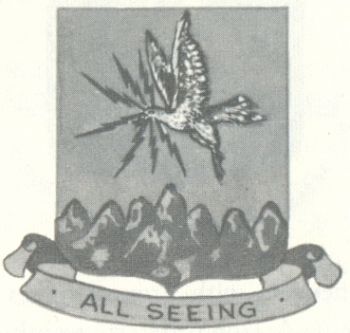 Shield: Or a broad-winged hawk volant proper holding in its beak a mullet gules and emitting from its eyes seven flashes of the last, issuant from base a mountain range of seven peaks azure.
Motto: All seeing.