From Heraldry of the World
Your site history : Abkhazia
Jump to navigation Jump to search 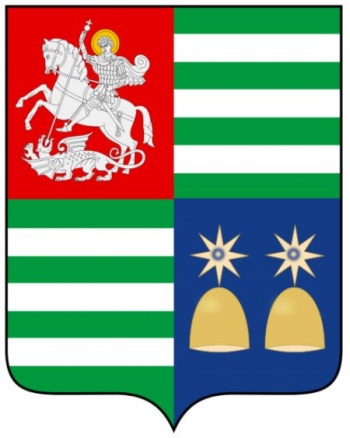 The arms of the Autonomous Republic of Abkhazia are quartered and show in the first quarter an image of St George, the arms of the country. The seven green and white stripes in the second and third quarters are derived from the Abkhazia flag. The fourth quarter shows the arms of the Shervashidze family.

The Autonomous Republic has also declared itself independent as Republic of Abkhazia.

This (partially) recognised republic uses the arms below: 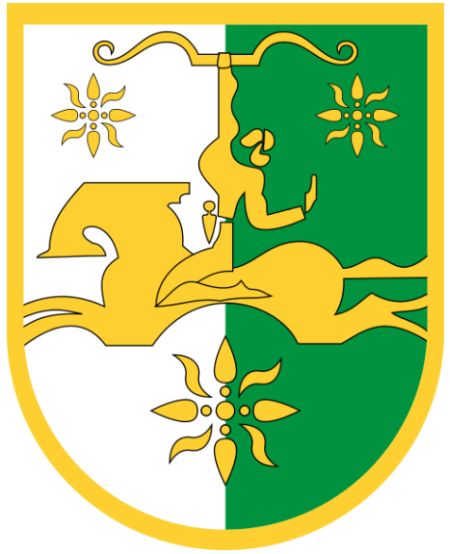 The arms show a horseman, flying on the fabulous steed called Arash, and shooting an arrow towards the stars. This scene is from the heroic epic 'Narts'.

Green symbolizes youth and life, while white symbolizes spirituality. The stars represent the sun, as well as the union of the East and West.