From Heraldry of the World
Your site history : Heraldry of the world > Afghanistan > Archdiocese of Tiranë-Durrës > Algeria > Aïn Azel > Aïn Benian > Aïn Témouchent > Alger
Jump to navigation Jump to search

The arms above are the arms as used after 1962.

During colonial times the city used the following arms: 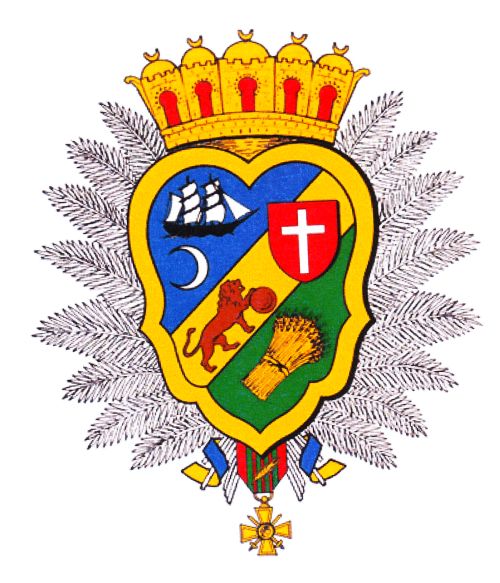 Both arms show similar elements. The mural crown on the modern shield symbolises the fortress in the city. The ship symbolises the long tradition as a harbour city and the importance of shipping.

The lions symbolise strength. The crescent is a typical symbol of Islam.

The elements in the base of the new shield symbolise science, agriculture and industry. In the old arms only the agriculture was represented.

The meaning of the small shield in the old arms I do not know.