From Heraldry of the World
Your site history : Archdiocese of Baltimore
Jump to navigation Jump to search 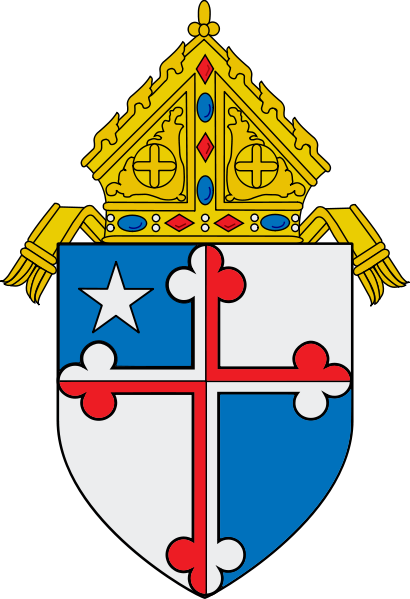 Quarterly azure and argent, a cross botonny thoughout of the second and gules, in dexter chief a star of the second.

The arms of the See of Baltimore were for a long tome not established, and only a representation of Our Lady argent in blue had long done duty as a quasi-diocesan coat. In the new arms, the part of the azure field was retained, a color closely associated, ecclesiastically, with Our Lady. The quartered red and silver cross, in the second and third (Crossland) quarters of Lord Baltimore's arms indicates the name of the See. (Crossland arms Quarterly argent and gules a cross botonny counterchanged ).

In addition to the cross of our Faith in this peculiarly Baltimorean form, the star is suggesting one of the titles and attributes of Our Lady, Patroness of the Archdiocese; it is also the accepted symbol of an American state.