From Heraldry of the World
Your site history : Archdiocese of Newark
Jump to navigation Jump to search

Established : 1853 as Diocese of Newark
Elevated to Archdiocese in 1937 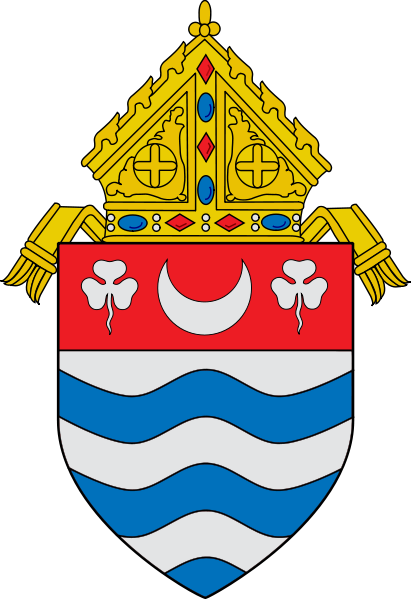 The arms based on the coat of arms of Newark, Nottinghamshire, England, to reflect the origins of the name of the See City. The chief shows a silver crescent between two silver trefoils. The crescent is to honor the Blessed Virgin Mary, in her title of the Immaculate Conception, patroness of the Archdiocese, the United States of America and the major seminary of the Archdiocese. This ancient symbol of Mary is derived from the Book of Revelations 12:1: "And a great sign appeared in heaven: a woman clothed with the sun, and the moon under her feet, and on her head a crown of 12 stars."

The shamrocks are to honor St. Patrick, titular patron of the Pro-Cathedral; and the red background of the chief is to signify the blood coming forth from Christ's Sacred Heart, the title of the Cathedral-Basilica of Newark.

Literature : Information from the Archdiocese of Newark