From Heraldry of the World
Your site history : Armes des Villes de France (Beriot)
Jump to navigation Jump to search 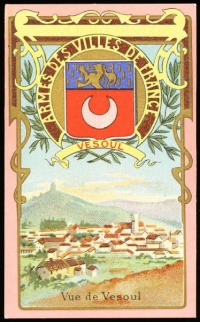 This is a large series of trade cards issued in France, showing the coat of arms of cities, with a small city view. The cards were issued as blancs and could be printed by different companies and used as trade cards. In this case the front of the cards is not printed with the company, only the reverse gives information. All cards have the same text on the reverse.

I have no further information on the company itself. The company also issued another series, see Villes Décorées de France (Beriot) 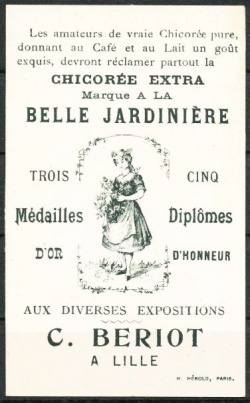