From Heraldry of the World
Your site history : Ascension Island
Jump to navigation Jump to search 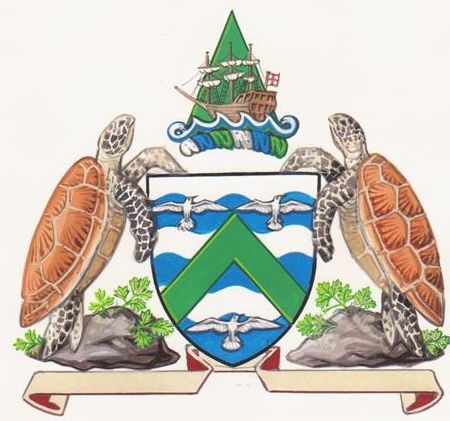 The arms were officially granted in February 2, 2012.

The arms of Ascension features the green turtle for which Ascension is so famous, hosting the second largest green turtle nesting rookery in the Atlantic, the white tern (locally referred to as the 'fairy tern') and the endemic Ascension Parsley Fern.

In 2004 the following proposal was put forward to the Ascension assembly, but not approved: 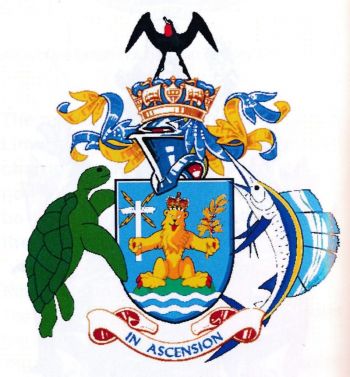