From Heraldry of the World
Your site history : Barnes
Jump to navigation Jump to search 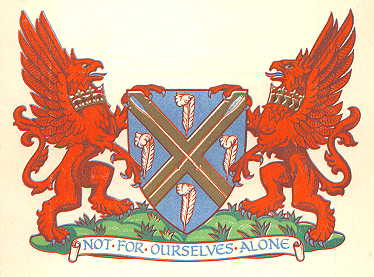 The arms were officially granted on October 5, 1932.

The ostrich feathers refer to the Duke of Windsor (at the time of the grant, Prince of Wales), who was born at White Lodge in Richmond Park. The oars, in the light and dark blue of Oxford and Cambridge refer to the University Boat Race, which ends at Mortlake. It is interesting to note that the arms are blazoned as 'dark blue' and 'light blue', as the term azure does not indicate differnt shades of blue.