From Heraldry of the World
Your site history : Bhutan
Jump to navigation Jump to search 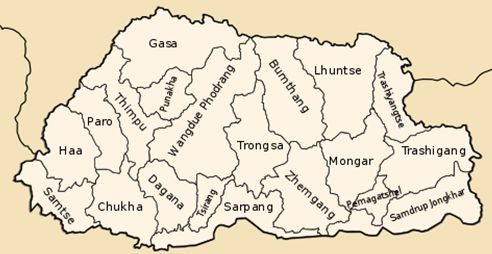 None of these actually uses a coat of arms.

The national emblem, contained in a circle, is composed of a double diamond-thunderbolt (dorje) placed above a lotus, surmounted by a jewel and framed by two dragons. The thunderbolt represents the harmony between secular and religious power. The lotus symbolizes purity; the jewel expresses sovereign power; and the two dragons, male and female, stand for the name of the country which they proclaim with their great voice, the thunder.