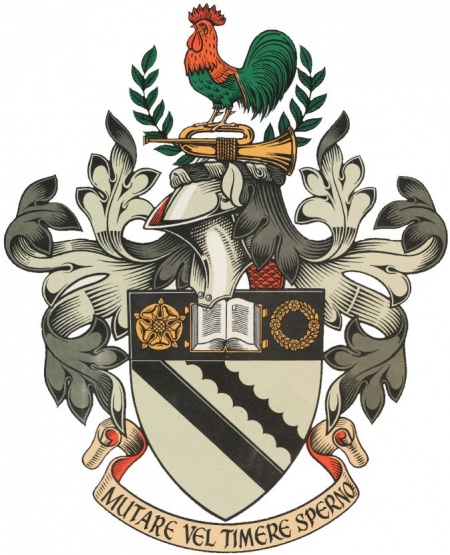 Arms: Argent, two bends sable, the upper en­ grailed; on a chief of the second between a rose and a chaplet Or an open book proper.
Crest: On a wreath of the colours, Between two sprigs of laurel a cock statant proper, combed and wattled gules, facing the dexter on a trumper Or facing the sinister.
Motto: Mutare vel timere spemo.

The arms were officially granted on September 6, 1923.