From Heraldry of the World
Your site history : British Antarctic Territory
Jump to navigation Jump to search

The territory is a British Overseas Territory and covers a sector of Antarctica claimed by the United Kingdom. It is inhabited by the staff of research and support stations operated and maintained by the British Antarctic Survey and other organisations, and stations of Argentina, Chile and other countries. There are no native inhabitants.

The territory was created in 1962 when the Falkland Islands Dependencies were abolished.

The Arms of the British Antarctic Territory

The arms are identical to the arms of the Falkland Islands Dependencies. 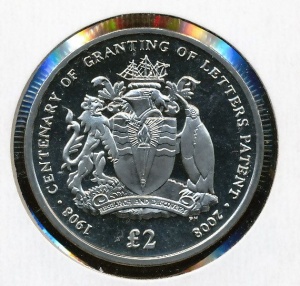