From Heraldry of the World
Your site history : Central Transitional District Council
Jump to navigation Jump to search 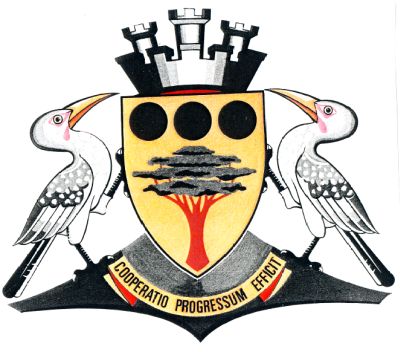 The thorn tree is a familiar type of tree in the region. The three gunstones refer to the Tswana name of this area, Mafikeng (Mafeking), meaning place of stones. The supporters are two yellow-billed hornbills (Tockus leucomelas), which are typical local birds. The motto is "Cooperatio Progressum Efficit".