From Heraldry of the World
Your site history : City University
Jump to navigation Jump to search 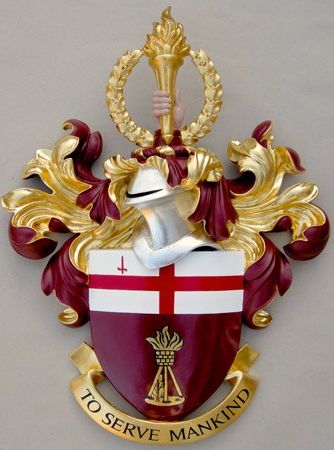 Arms: Murrey, upon a mount a beacon fired Or; a chief of the Arms of the City of London.
Crest: On a wreath of the colours, In front of a chaplet of laurel Or a dexter hand couped below the wrist proper, vested murrey, holding a torch enflamed Or.
Motto: To serve mankind

The arms were officially granted on August 1, 1966.