From Heraldry of the World
Your site history : Coast Defenses of Chesapeake Bay, US Army
Jump to navigation Jump to search 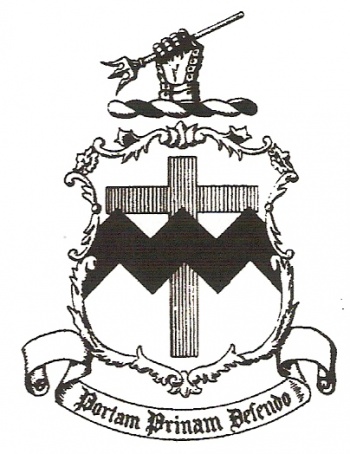 The field is silver, the cross red and the fess black. The fess is from the Coat of Arms of Lord Delawere the first Governor of the Colony of Virginia. The Cross symbolises the landing of the first settlers at Cap Henry in 1607. Their first act was to erect a cross and offer thanks for their safe arrival.

The crest is a silver gauntlet holding a golden trident symbolises the battle between the Monitor and the Merrimac in Hampton Roads.

The motto translates as "I defend the first gateway".