Coast Defenses of Honolulu, US Army

From Heraldry of the World
Your site history : Coast Defenses of Honolulu, US Army
Jump to navigation Jump to search

COAST DEFENSES OF HONOLULU, US ARMY 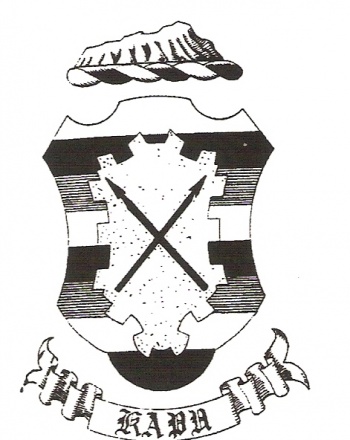 The border is silver, red, blue, silver, red, blue, silver and red and alludes to the old Hawaiian Flag. The embattlement symbolises the fortifications. The middle field is gold with two red spears in saltire. In old times the crossed spears was used immediately at the door of the King's tent. The Crest symbolises the extinct Volcano Diamond Head where Fort Ruger is situated. The Motto Kapu translates as "Keep out".