From Heraldry of the World
Your site history : Colombo
Jump to navigation Jump to search 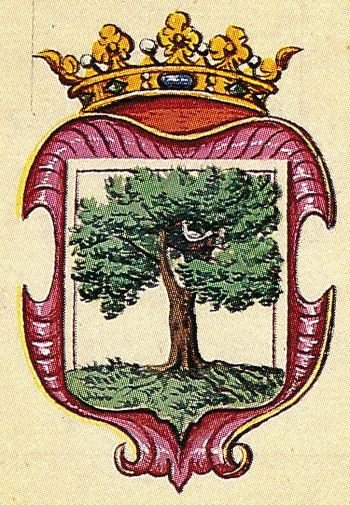 The arms show a type of mango tree, as a canting symbol, the name was supposedly derived from Kol-amba, the name of the tree in Sinhalese. To the tree a small pigeon was added as a Christian canting symbol (from the Latin columba or pigeon). When the above arms were adopted is not known. The above image dates from a manuscript dating from 1717/1720. 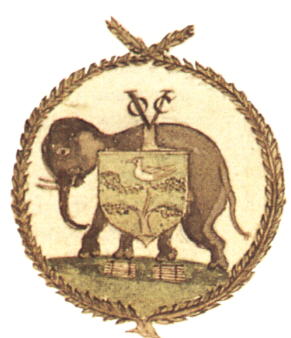 In an older document, probably from the mid 17th century, the arms appear for the first time. The shield hangs around an elephant, above the shield are the letters VOC, for Vereenigde Oost Indische Compagnie (United Dutch East Indian Company), and below are three bales of cinnamon.

The town currently does not use arms.