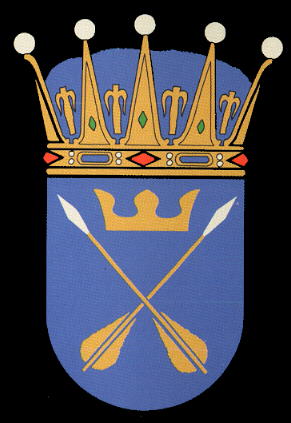 The arms were officially granted in 1925.

The arms are based on the seal of the province from the 1520s. The region was well known for its arrows and hunting, which maybe the reason that the arrows were chosen as a symbol.

The oldest known seal of Dalarna dates from 1435 and shows an ax and a bow.