From Heraldry of the World
Your site history : Dalby (Queensland)
Jump to navigation Jump to search 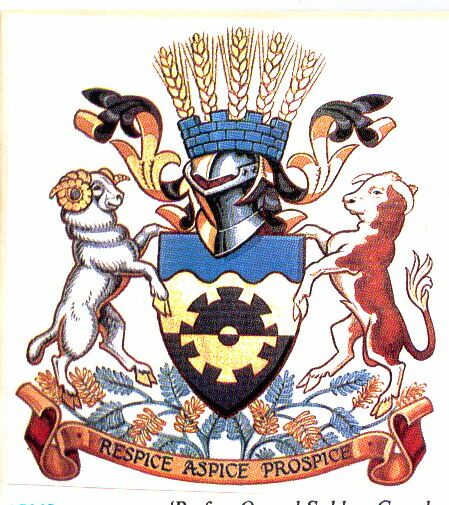 The three segments of the shield represent the sky (blue, divided by a wavy line alluding to the Bunya Mountains near Dalby), the crops of wheat (gold), and the fertile black soil plains (black). The cogwheel represents the industry of the district, but especially the machinery used to both work the soil and to harvest the crop, signified by the counterchange of the black and gold.

The Mural Crown is a standard representation of a municipality, while the five ears of wheat celebrate the prominence of grain growing in the district. The Merino sheep and Hereford bull similarly celebrate sheep grazing and the beef industry.The compartment is of Silky Oak leaves and blossom, as this is the floral emblem of Dalby.