From Heraldry of the World
Your site history : Denton
Jump to navigation Jump to search 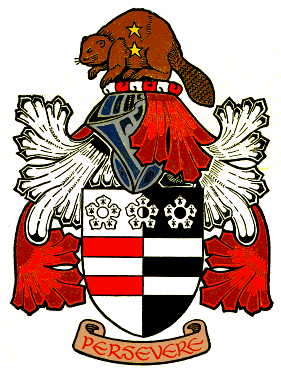 Arms : Per pale Argent and Sable two Bars per pale Gules and of the first in chief three pierced Cinquefoils Ermine.
Crest : On a Wreath Argent and Gules a Beaver proper charged with two Mullets in pale Or.
Motto: 'PERSEVERE'