From Heraldry of the World
Your site history : Dingwall
Jump to navigation Jump to search 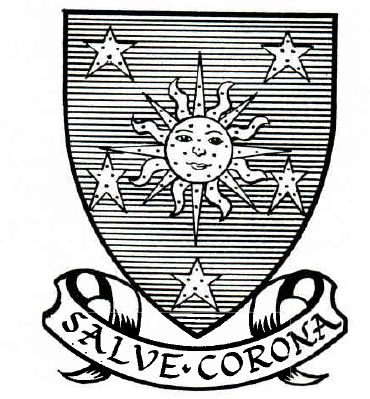 Azure, the sun in its splendour between five mullets Or.

And in an Escrol below the Shield is placed this Motto 'Salve Coronat'.

The arms are taken from the device used on the Burgh seal (known since 1438). The meaning of the sun is not known, it has been speculate dthat the sun may have been derived from the crest of the Mackenzies of Tarbat whose seat, Castle Leod, is a few miles outside Dingwall.

The motto dates from 1897 and was chosen in honour of Queen Victoria's Diamond Jubilee. 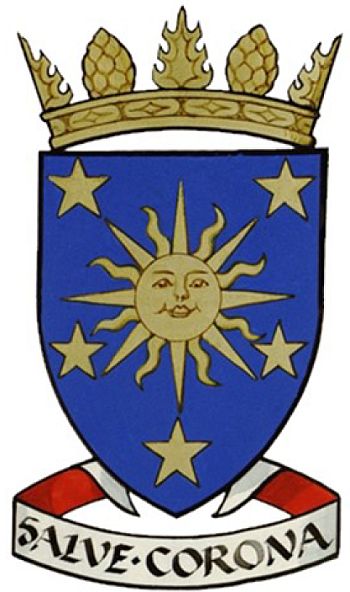 Azure, the sun in its splendour between five mullets Or.

Above the Shield is placed a Coronet appropriate to a statutory Community Council, videlicet:- a circlet richly chased from which are issuant four thistle leaves (one and two halves visible) and four pine cones (two visible) Or, and in an Escrol below the same this Motto "Salve Corona".

These arms are the same as the old Burgh arms with a new crown.