From Heraldry of the World
Your site history : Diocese of Armagh
Jump to navigation Jump to search 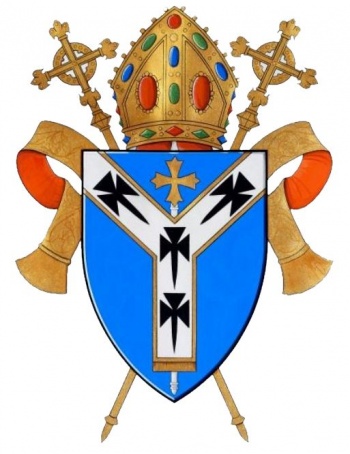 Azure an episcopal staff argent ensigned with a cross pattée fitchée at all points or, surmounted by a pall of the second edged and fringed of the third charged with four crosses formée fitchée sable.

The arms were recorded at the College of Arms. The current grant was a confirmation made by the Irish State Herald on November 5, 2015.

If you have any information on these arms of Armagh mail us !