From Heraldry of the World
Your site history : Diocese of Bangor
Jump to navigation Jump to search 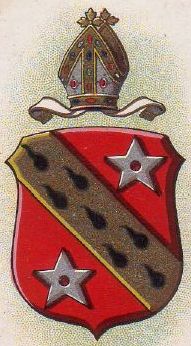 The meaning of this Arms are unknown. Formerly the Bend was Silver with Blue Drops.