From Heraldry of the World
Your site history : Diocese of Qu'Appelle
Jump to navigation Jump to search 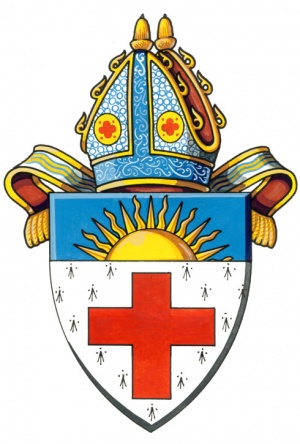 Ermine a cross couped Gules on a chief Azure a demi-sun in splendor issuant Or.

The arms were officially granted on February 15, 2018.

The red cross on an ermine background possibly alludes to the arms of the Diocese of Rupert’s Land, the original Anglican diocese in western Canada.