From Heraldry of the World
Your site history : Donatyre
Jump to navigation Jump to search 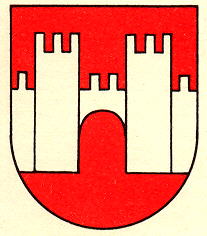 The arms, depicted on a stained glass window of the church of Villarepos, indicate by the colours that Donatyre was formerly part of the lands of the bishop of Lausanne.