From Heraldry of the World
Your site history : Dr Williams School
Jump to navigation Jump to search 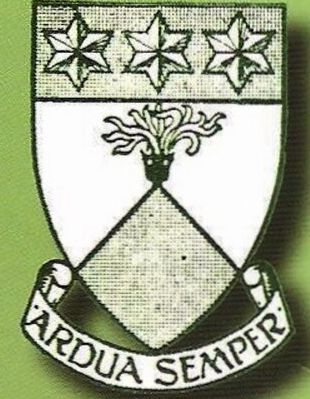 Arms: Or, a pile reversed sable ensigned on the top with a fire-beacon proper; on a chief of the second three mullets of six points of the first.
Motto: Ardua semper

If you have any information on these arms Williams School mail us !