From Heraldry of the World
Your site history : Dublin (county)
Jump to navigation Jump to search 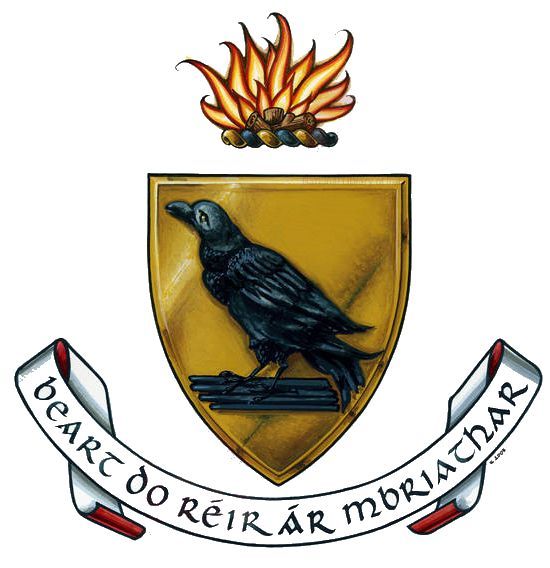 County Dublin was split in 1994, but is still a cermonial county.

The arms feature the Viking raven badge. This signifies that Dublin was founded by the Vikings. The raven stands on a hurdle, signifying the origin of Dublin's Irish name "Baile Átha Cliath" or "Town of the Hurdle Ford". The name Dublin comes from An Dubh Linn, or black pond.

The motto can be translated as "Action according to our word."