From Heraldry of the World
Your site history : Dulwich College
Jump to navigation Jump to search 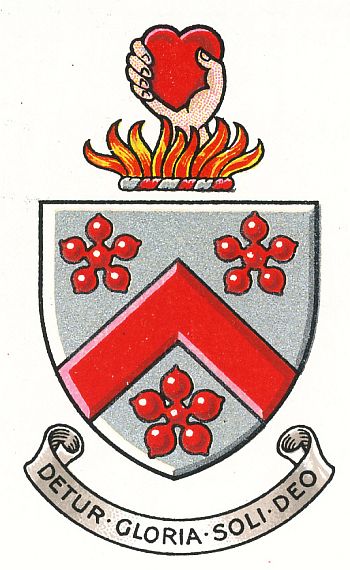 Arms: Argent, a chevron between three cinquefoils gules; a chief ermine, thereon a cinquefoil of the second.
Crest: On a wreath of the colours, lssuant from flames of fire, a cubit arm, the hand grasp­ ing a heart, all proper.
Motto: Detur gloria soli Deo.

The arms were officially granted in 1935.

The chevron and cinquefoils come from the arms of a lord of the manor of Dulwich, Edward Alleyn, founde rof the college in 1619.

The motto, Detur Gloria Soli Deo, means Glory Be Given To God Alone.