From Heraldry of the World
Your site history : Gauteng
Jump to navigation Jump to search 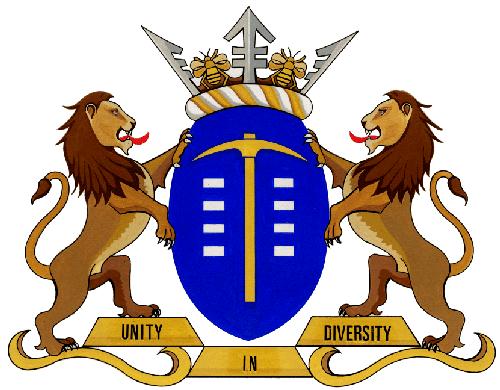 The shape of the shield is typical for the Nguni peoples.

The pick symbolises the importance of mining in the province.

The 'crown' is made of two honey bees, taken from the arms of Pretoria, and used as a symbol of diligence, and some arrow points.

The lion supporters are symbol of strength and are also derived from the old arms of the Transvaal.

The motto is shown on three gold bars, symbol for the gold mining and prosperity.