From Heraldry of the World
Your site history : Gazankulu
Jump to navigation Jump to search 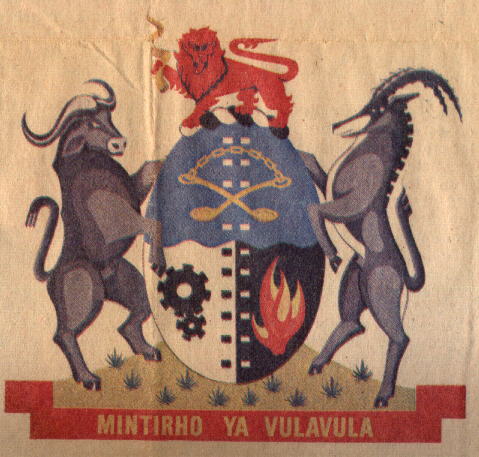 The arms were officially granted on September 8, 1972.

The shape of the shield is in Nguni-style, one of the local styles.

The spoon and chain links symbolise the peace and hospitality of the people. The wheel are a symbol of industry. The black and white in the lower part symbolises the co-operation between the two peoples. The crest is the symbol of power.

The crest shows the lion, derived from the old South African arms, holding a kudu horn.

The supporters are a buffalo(Syncerus caffer) and a Roan Antelope (Hippotragus equinus).