From Heraldry of the World
Your site history : Gnesta
Jump to navigation Jump to search 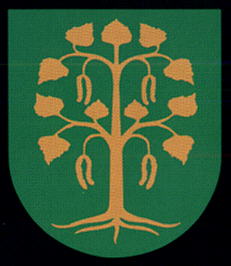 The arms were officially granted in 1992.

The arms show a birch, taken from the seal of the Daga hundred, to which most of the area historically belonged. Compare also the arms of Daga. 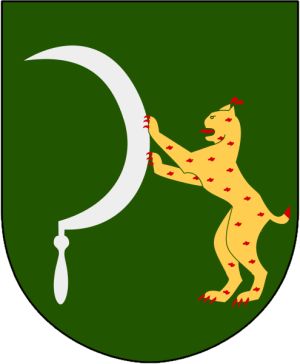 The sickle refers to the agricultural character of the time, the lynx refers to the Kattnäs area in the municipality as a canting element.