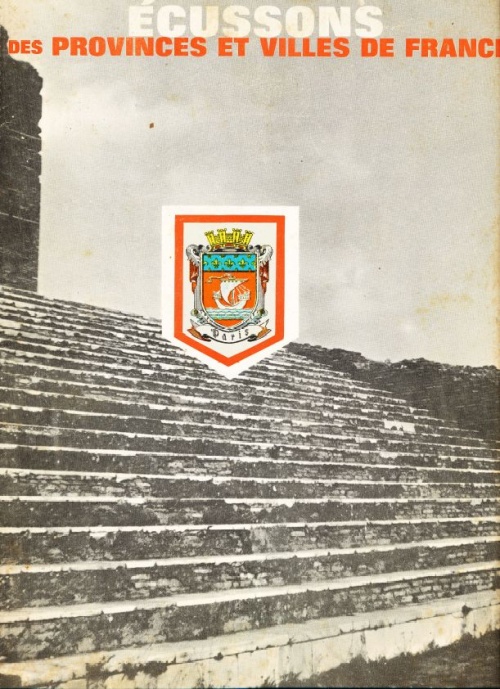 The company Grégoire issued in the 1960s sachets with textile coats of arms of French towns, cities, regions and provinces. The arms were issued in many different styles and could be glued in albums. The albums were not pre-printed and the images could be added any way the owner liked. Per album 100 arms could be glued, so for a whole collection at least 5 albums were required. As every collector used a different sequence, it is very hard to obtain a complete collection.