Harbor Defenses of Baltimore, US Army

From Heraldry of the World
Your site history : Harbor Defenses of Baltimore, US Army
Jump to navigation Jump to search

HARBOR DEFENSES OF BALTIMORE, US ARMY 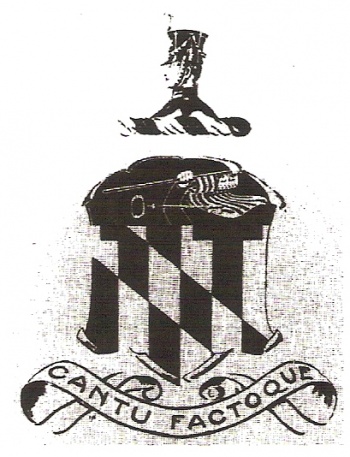 The Main field of the Shield shows the Arms of the Calvert family to which belonged Lord Baltimore, founder of Maryland. the chief alludes to the writing of the Song Star-Spangled Banner by Francis Scott Key during the battle of Fort McHenry September 13, 1814. The Crest is a soldier in the uniform of 1812. The Motto translate as "With song and deed".