From Heraldry of the World
Your site history : Hastings
Jump to navigation Jump to search 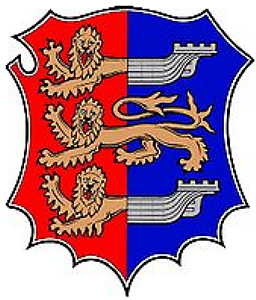 The arms were officially recorded at the visitation in 1634.

The arms are a variation of those of the Cinque Ports, the one complete lion is said to indicate Hasting's status as the chief port of the group.