From Heraldry of the World
Your site history : Heusweiler
Jump to navigation Jump to search 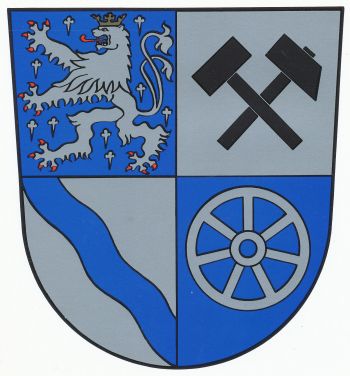 The arms were officially granted on November 6, 1975.

The first quarter shows the arms of the Counts of Nassau-Saarbücken, to which the area belonged for many centuries. The miner's tools symbolise the importance of mining in the area. The third quarter shows the Köllerbach river that runs through the municipality. The wheel symbolises industry, with each of the spokes representing one of the former municipalities. 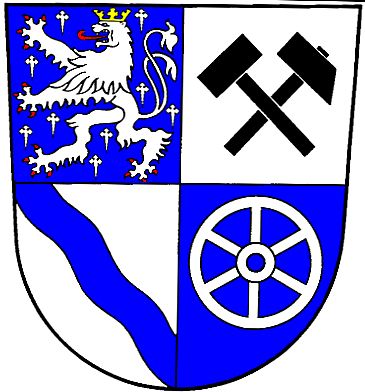 The old arms are identical to the new arms, except for the six spokes in the wheel instead of the present seven spokes.